« Is It Or Isnt It Kubecon North America »
Beyond Vegan Food

Last year seemed a sort of turning point for vegan food consumption, because in no small part of the phenomena known as ‘Beyond Meat’. 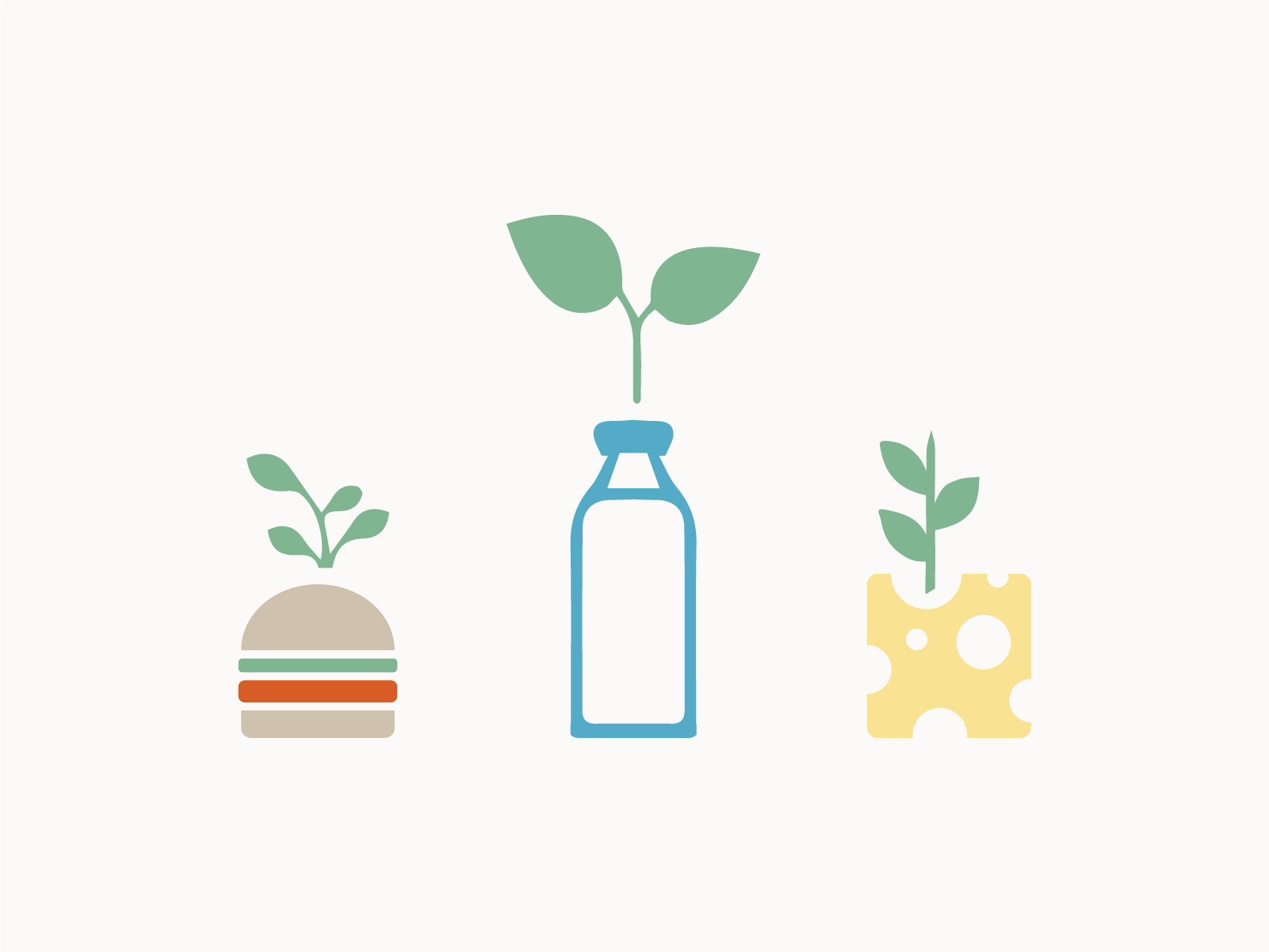 Beyond Meat is an engineered, entirely plant based replacement for hamburgers, sausages and even ground beef in burritos.

It is cropping up at restaurants like A&W, Mucho Burrito, Tim Hortons, Burger King and more as well as in chilled cases at pretty much all of the grocery stores. It’s a good news story. Maybe even a great one I think. At least the A&W burgers taste great.

As a vegan, I was as excited to taste it, cook with it, and learn more about it. I like it, and I like that there are so many more options for vegetarians and vegan fast food these days too.

I’ve been vegetarian a long time, and over the years my diet has shaken out a few favorite substitutes for ‘regular everyday food’ too … for example:

I’ve been taking more interest in the economy around plant based alternatives recently, and started looking at some of the companies behind these products. I was interested thinking about possibly ethical investments, but also curious to understand motivations and ambitions … here’s what I found from a little surfing …

I drink plant based milk everyday - in tea, or shakes, or over cereal. Recently I’ve been drinking a lot from Califia Farms, in part because I their milk has been discounted a lot in the stores I shop in, but mostly because I really like the taste … especially their Barista Blend in tea or coffe.

I found this press release about them which show investments from companies in Belguim, Singapore, Hong Kong, Canada Qatar, Brasil … which I found interesting, given the very Californian name of the brand! In that press release they talk about disruption of the trillion+ dollar dairy market.

Plant based milk is controversial too, in that the growing demand for it has resulted in over farming in drought struck California. I’ve excerpted this from an article in the Guardian:

Pre-shipping, the carbon created by a litre of semi-skimmed (1.67kg) is far higher than that of almond milk (360g). “But what people don’t know is the environmental damage almond plantations are doing in California, and the water cost. It takes a bonkers 1,611 US gallons (6,098 litres) to produce 1 litre of almond milk,” says the Sustainable Restaurant Association’s Pete Hemingway.

Over 80% of the world’s almonds are grown in California, which has been in severe drought for most of this decade. Hemingway describes a situation in which farmers are ripping up relatively biodiverse citrus groves to feed rocketing demand for almonds, creating a monoculture fed by increasingly deep water wells that threaten statewide subsidence issues.

My verdict - I love this milk, and want to keep drinking it. I have concerns about the gold rush for non-dairy alternatives, and a little suspicious of the global interest in this company. I also feel guilty contributing to the overfarming in California. Sometimes it seems there is no right answer. Will keep watching.

Fieldroast Chao cheese is the only product I eat from them - because it is the closest I remember cheddar cheese slices feeling and tasting.

A little bit of research revealed that Fieldroast are now owned by mega meat processors Maple Leaf Foods. Who are evolving to become a ‘protein’ company as opposed to meat company.

My verdict - I worry about this product most of all, because of the parent company. I support the product, in the hopes that it offers more people a path to veganism, but I’m kinda looking for a decent alternativea

Vega One is my goto quick/convenient and refreshing protien packed start to a day. I love it.

A little research reveals that vega is now a part of Danone - a global dairy brand. Like Maple Leaf Foods, they’re betting on both animal and plant based products.

Last year I converted to veganism because I’d learned how abusive the milk industry is - so it’s a struggle to me that giant dairy makes my vegan shakes.

*My verdict - am looking around for a good alternative, but not in a huge hurry right now.

Sol Cuisine make delcious beet burgers - I feel at least as tasty as the beyond meat ones.

I feel good about Sol Cuisine at this point :)

Tofurky seem to be privately owned. It has an interesting background, and seems genuinely earth loving :)

I feel good about Tofurky products

I really didn’t mean to write so much in this blog post - just intrigued about the backgrounds of the companies making all of this processed vegan food these days. It is worth thinking about.

In general I eat vegan blts maybe once a week. I eat a veggie burger at home once a month maybe. I drink plant milk, and a vega shake almost every day. I eat vegan cheese once in a while.

Like any processed foods - too much of it is not a good idea. I want to focus more on naturally made things starting with real plants, as opposed to the processed kinds.

I’m glad that so much more attention is being placed on vegan diets now … but conscious that this food isn’t what being vegan means.