Last year we made an experimental blockchain app that could be used at developer events, called Kubecoin.

Since then it has been used at 18 events in North America, and in Europe. I’m envious in that it was used quite a bit in Scandanavia last year. Particpants using it walked over 7 million steps, and 5000km over 25 days of conferences. We had well over a thousand participants, and our idea was shared with 10s of thousands of others. 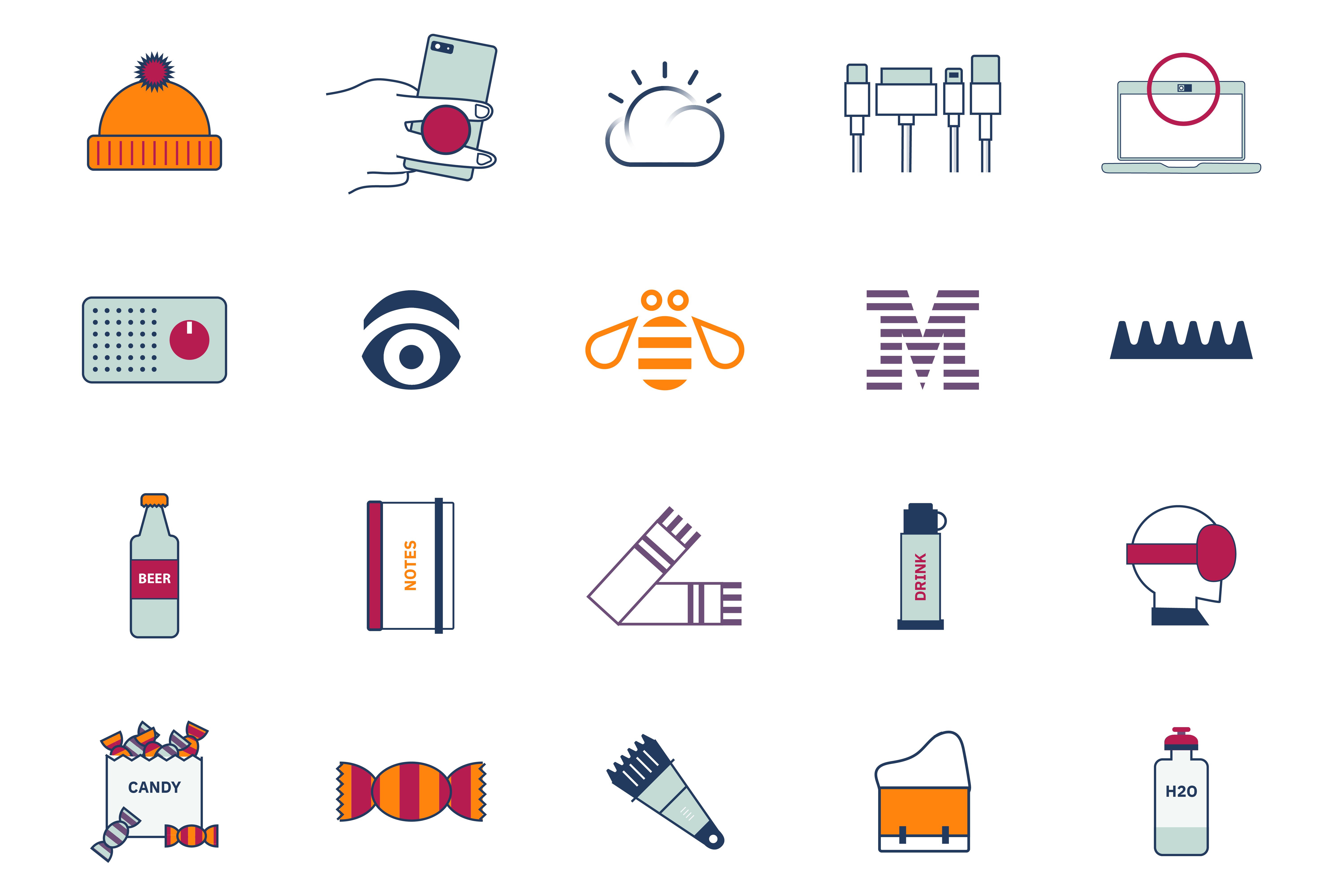 The app will be used again this weekend in Istanbul. Lucky app, to travel so far.

Each time it is used at an event, there is a new set of merchandise that a participant can exchange their footsteps for. Rather than display mismatching photos of the objects, I started drawing the items to a similar palette, and style for each event’s swag store. You can see them above, most drawn quickly between meetings, or at the end of a day. Always a fun little project to return to. It is neat to see how the objects accrued on my Adobe Illustrator art boards.

Even this swag is inventory controlled on a blockchain. Retail stores likely don’t have that level of inventory control! In our case, we’ve set it up to demonstrate the technology, and to show that it can be quick to do so. Of course this sophistication is unnecessary for our needs, but the hyperledger architecture allows us to segment independent events quickly and easily on a blockchain fabric. Lots of people ( I think mostly who have never actually implemented blockchain before ) argue that the technology is theoretically overkill. In my opinion, the concepts are important to understand right now. We made our system open source to show how we did it.

Each time the app has been used at an event, we’ve learned something new about it - we’ve fixed bugs, improved UX, understood conference habits, or thought more deeply about the use of blockchain. Even though we don’t work on the app very much at the moment, it still makes conference appearances. The blockchain fabric has been running for over a year now. A little engineering goes a long way!